Rosalie’s history, being the daughter of Holocaust survivors, inspired her to study the social sciences and become a licensed educational psychologist with a special interest in trauma and the possibilities for recovery.

She joined one of the first discussion groups for descendants of Shoah survivors. This group was filmed for a PBS documentary “Breaking the Silence.” Later, she facilitated another such group, which led to the publication of the collection of personal stories, “We Shall Not Forget.” Rosalie also facilitated a group for descendants of the Armenian Genocide.

Because of her deep understanding of historical tragedy and her sensitivity to injustice, Rosalie felt a need to contribute to awareness and action in the world. She responded to a call and joined with members of the Klezmer Conservatory Band to help Refuseniks in the former USSR. The trip was a harrowing one and nearly ended up with their being sent to Beirut, but they carried on and upon their return, gave benefit concerts and interviews to help those they left behind, both Christians and Jews struggling for precious freedom.

Some years later, Rosalie responded to a call for descendants of survivors to meet descendants of Nazis and the result was the creation of One by One, a non-profit organization that does not forgive or forget what the Nazis perpetrated, but instead seeks to bear witness to the truth from both sides of the Shoah and the Nazi Regime.

Because of her history and commitment, Rosalie was invited to participate in a group of “wounded healers” from many war torn parts of the world who were joined by government leaders to explore what could be done to help promote peace and understanding on an international scale. This special meeting was organized by Dr. Judith Thompson, founder of “Children of War,” and sponsored by the Fetzer Foundation.

Combining psychology and spirituality, Rosalie spends some of her time counseling individuals and couples, has facilitated groups for women and, most recently, for people suffering from the pain of bereavement. 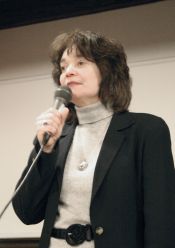