Produced by The Yiddishpiel Theatre, Israel

“…The most winning element of all is the music. No more is the music related to the Diaspora or the Ghetto. The music flows with a variety of styles like Jazz, Rock, Rap, Swing and even a kind of Operetta, that was such an audience pleaser — this music, totally original, was written by Rosalie Gerut and arranged by David Sparr…”

“There is surely nothing now onstage in New York that is more sprightly in any of our city’s many tongues than Songs of Paradise, the first production of the Joseph Papp Yiddish Theater. [It is] witty, tuneful, contemporary and traditional. …The music, by Rosalie Gerut…draws on everything from rock-and-roll and gospel to traditional Jewish beats.”

“It was early on that I started smiling at Songs of Paradise…being a stroll, with music — and what music!… But most seductive of all is Rosalie Gerut, as Hagar, old Abraham’s fancy woman, and as Rachel, for whom I jotted down the following: ‘Enter Rachel, strewing flowers, also song, in Yiddish/French on tippytoes like Minnie Mouse’. The amazing thing was that when I glanced at the program and saw that the music was also by Gerut. It is the most eclectic and lively syncopated blend this side of Al Carmines — jazz, ragtime, blues, gospel-jubilee, rock a snatch from ‘Carmen,’…etc., etc., all richly interwoven of course with Jewish melodies and rhythms…”

“The show…is exhilarating… Ms. Gerut’s score ranges from klezmer to ballad. She can be tender, as in a painfully beautiful duet between Sara and Hagar (Ms. Gerut), or outrageous — at the birth of Isaac…the cast breaks out into gospel, which quickly becomes classic do-wop rock and roll.”

“The Public Theater got it right this time. Songs of Paradise works… From beginning to end it is a beguiling show…”

“From so much laughing you could plotz!”

“For young and old alike.”

“Songs of Paradise, the sunny, high-spirited Yiddish-English musical at Theater Four… pianist Larry Goldberg and the percussionist Rex Benicasa do lively justice to an eclectic score that draws upon jazz, rock and gospel among others… In many ways Songs of Paradise add up to old-time entertainment.”

“Rosalie Gerut’s score…is endlessly inventive; it ranges from jazzy, percussive, klezmer-style rhythms to ragtime, rhythm and blues, and film-score type pop. The show-stopper comes near the end of the first half, when Abraham’s siring of Ishmael and resultant marital woes are noted by the cast in a rousing Motown number that brings down the house.”

“The inventive music by Rosalie Gerut, is a…combination of ragtime, gospel, rock and klezmer, with a Sousa march and a saucy aria tossed in, the tunes are rousing — even inspiring the audience to clap along on occasion.”

“Paradise is found in Yiddish Musical”

“incisive and poignant—evokes the hopefulness of the winter holidays”

“…evokes the hopefulness of the winter holidays…treats children and adults with respect.”

“Prairie Lights was well received by our audiences. In fact, i can’t remember a show I’ve directed that received so many positive comments. The story is rich and the music is thoroughly enjoyable!”

“…the star is the music…whether belted by Marilyn Sokol…or torched by Rosalie Gerut in a song to her foolish beloved.”

“The most winning performance…comes from Rosalie Gerut, whose Tryna Rytza combines playful intelligence, earthy sexiness and a pure, potent soprano.”

“Tryna, a seller of radishes, played beautifully by Rosalie Gerut, who has a fine singing voice and good stage presence, castigates her husband for being a no good Shlemiel. While the comedy is a constant, the love scene between Shlemiel and his wife is quite moving.”

“Ms. Gerut [Mrs. Shlemiel} exudes confidence and strength — a fine voice… In the show’s only scenes that evoke real feeling… When the two [Mr. & Mrs. Shlemiel] melt in each others arms as possible strangers, the tables are for once turned and the effect is complete joy.”

“Singer and songwriter Rosalie Gerut brings a beautiful voice and fine comic timing to the role of Mrs. Shlemiel.”

“…the many surprises [of the] screenplay…unfold trippingly, like the clarinet cadences in the klez-inspired score.” 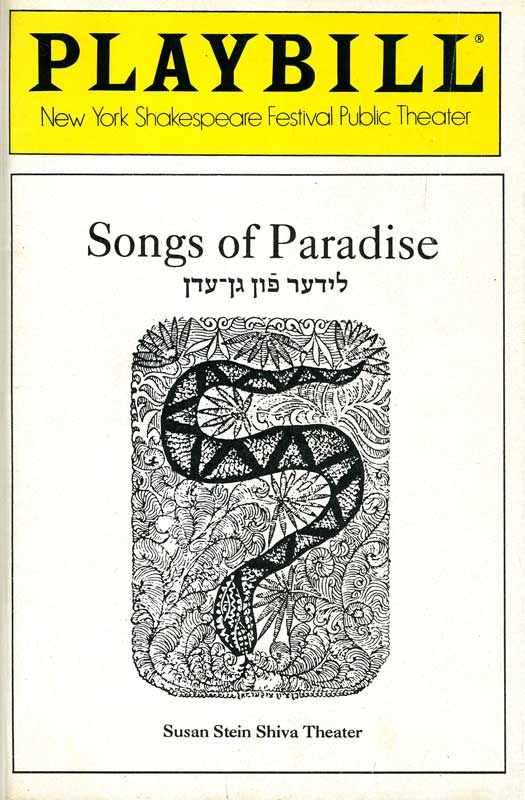 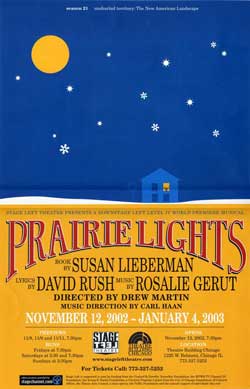 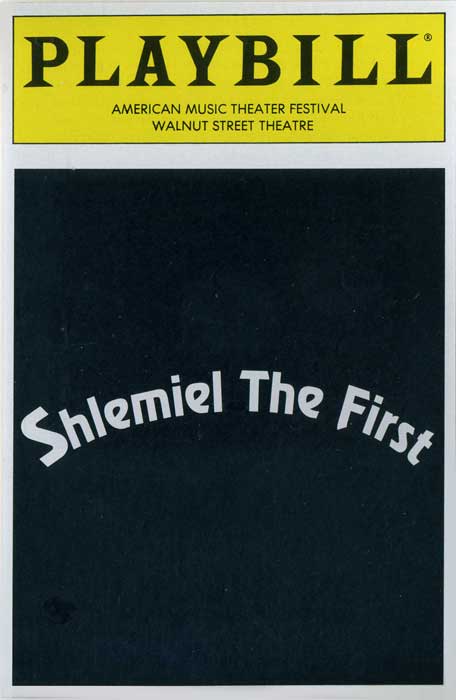